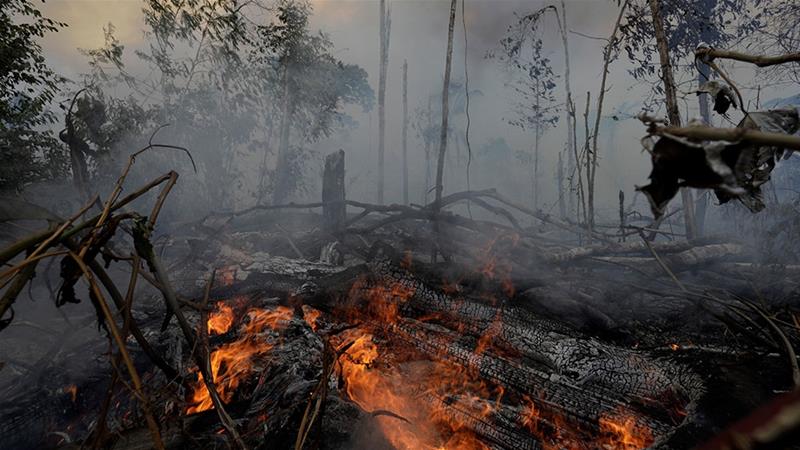 Fires in Brazil's Amazon rainforest rose by almost 20% in June - a 13-year high for the month, according to government data, BBC News reports.

With such an increase at the start of the dry season, there are concerns that this year's fires could surpass 2019's disastrous blazes.

Activists say the coronavirus pandemic is exacerbating the problem.

They believe arson is likely to be even less monitored while authorities are stretched.

Many forest fires in the country are started deliberately by illegal loggers and farmers wanting to quickly clear ground.

Brazil has the world's second-highest coronavirus death toll, after the US, and there are also concerns that increased smoke could have a damaging effect on the breathing of virus patients.

The burning usually increases throughout July, August and September.

"We cannot allow the 2019 situation to repeat itself," Mauricio Voivodic, executive director of the World Wildlife Fund NGO in Brazil, told the Folha de Sao Paulo newspaper, accusing the government of inaction.

Last year's fires peaked in August, with 30,901 - threefold the number for the same period the previous year.