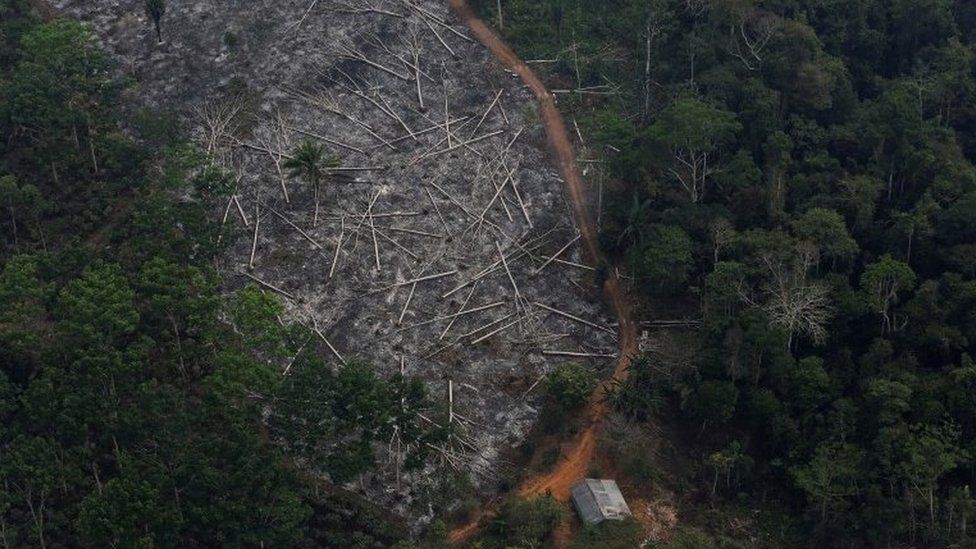 An area more than half the size of the city of Rio de Janeiro -- 877 square kilometers (339 square miles) -- of Amazon's lush rainforest was cleared, the largest ever recorded for October since Brazil's National Institute for Space Research (INPE) started documenting deforestation in 2016.

The October figure was a five percent increase from the corresponding period last year.

Attributed mostly to illegal mining and farming activity, deforestation of the Amazon surged in 2020, and is on track to reach similar highs in 2021, with 7,880 square kilometers of forest cleared and two months yet to go.

Brazil was among the signatories to an international pledge made at the COP26 summit in Glasgow to end deforestation by 2030.

Bolsonaro also went further by pledging to eliminate illegal deforestation in the giant South American country -- home to 60 percent of the Amazon -- by 2028, pulling forward a previous target by two years.

But the commitments have been met with skepticism by environmental groups who along with Brazil's opposition squarely blame Bolsonaro for a spike in deforestation, due to his support for an increase in agriculture and mining work.

They have also accused him of defunding environmental protection organizations.

Those pledges "do not change the reality on the forest floor," said Romulo Batista, a spokesman for Greenpeace's Amazon campaign.

"Deforestation and fires remain out of control, and the violence against indigenous peoples and the traditional population is only increasing," he added.