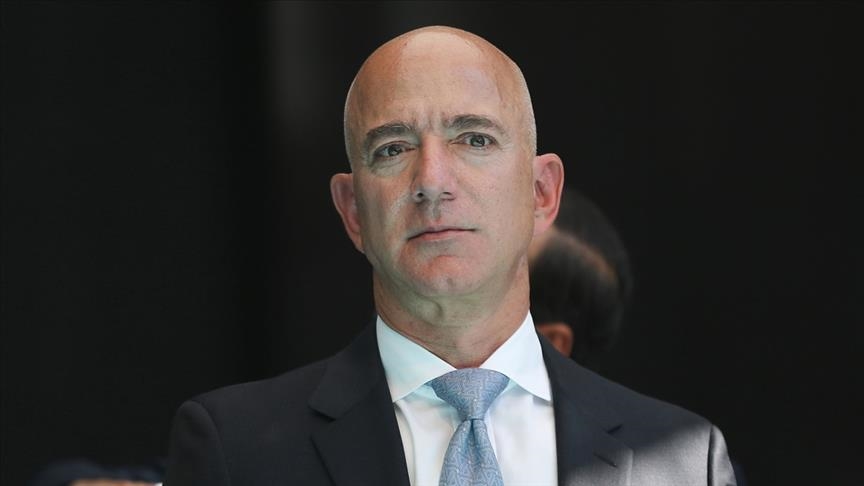 After leading the US e-commerce giant for almost three decades, Amazon.com founder and CEO Jeff Bezos has picked July 5 as the date to step down, Anadolu Agency reports.

Bezos told the company's annual shareholder meeting on Wednesday that he will hand over the top job to Andy Jassy, who currently runs Amazon Web Services.

Amazon first announced the change in leadership in its February earnings report, but no date had been given.

The date is "sentimental," according to Bezos, who said July 5, 1994 was the day Amazon was incorporated exactly 27 years ago. "I'm very excited to move into the chair role, where I'll focus my energies and attention on new products and early initiatives."

Bezos said in February that he wanted more time to focus on his personal ventures such as climate change organization Bezos Earth Fund and aerospace company Blue Origin.

During his 27-year tenure as CEO, Bezos saw himself become the world's richest person, in 2017. As of Thursday he comes in second place with a net worth of around $189 billion, according to Forbes magazine.

After founding Amazon from his garage as an online marketplace for books, Bezos quickly expanded the company to other sectors of consumer products. In 2015, the firm surpassed Walmart as the US' most valuable retailer by market capitalization.

Amazon acquired supermarket chain Whole Foods for $13.4 billion in 2017 – its biggest acquisition in company history – and Wednesday it announced it has agreed to acquire US media company MGM for $8.45 billion.

Research and analytics firm S&P Global said on Wednesday that Amazon may buy more movie studios in the coming months from the pandemic-hit film industry, as the purchase of MGM "could be part of a bigger push by the e-commerce company to buy up other movie studios to further bolster its streaming library."

As the streaming business has grown more competitive during pandemic lockdowns, the company's paid subscription program Amazon Prime has worked to boost content to stay in the race with AT&T, Walt Disney, and Netflix.