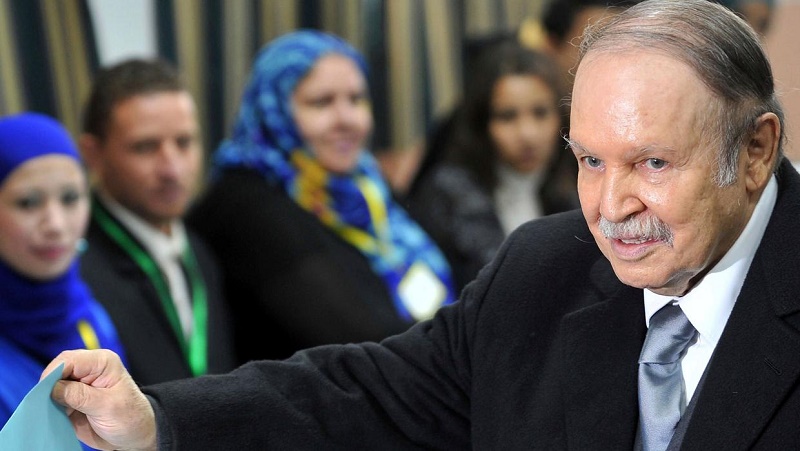 Under pressure from the military, the former strongman left office in April 2019 after two decades in power, following weeks of demonstrations all over the country over his bid to run for a fifth term in office.

After quitting, he had stayed out of the public eye at a residence in western Algiers.

Bouteflika became president of Algeria in 1999 as the former French colony emerged from a decade of civil war that killed nearly 200,000 people.

Dubbed "Boutef" by Algerians, he initially won respect for helping foster peace, notably with an amnesty law that prompted thousands of Islamist fighters to hand in their weapons.

Bouteflika went on to be elected for three more consecutive five-year terms, most recently in 2014.

Journalist Farid Alilat, who has written a biography of Bouteflika, says that at the height of his rule in the early 2000s, the president had "all the levers of power."

Crucially, he was backed by the army and the intelligence services.

Algeria was largely spared the wave of uprisings that swept the Arab world in 2011, with many crediting still-painful memories of the conflict in the 1990s for keeping a lid on tensions.

But Bouteflika's rule was marked by growing corruption, leaving many Algerians wondering how a country with vast oil wealth could end up with poor infrastructure and high unemployment that pushed many young people overseas.