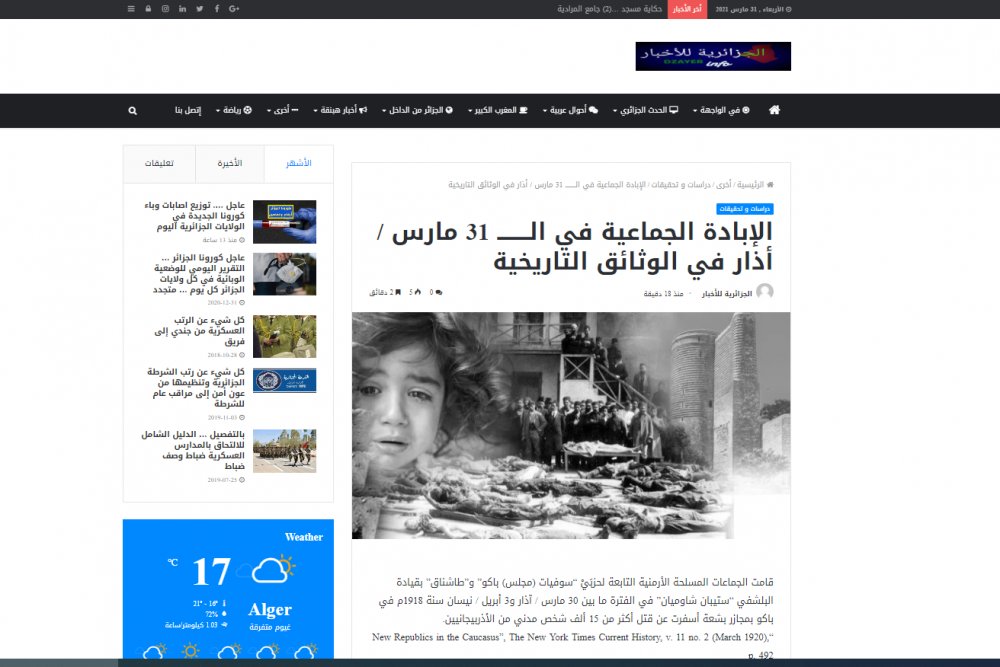 The author informs the Algerian readers about the historical documents and facts regarding the massacres committed by Armenian gangs against peaceful Azerbaijanis in various regions of Azerbaijan, including Baku in late March and early April of 1918.

Citing the article headlined "New republics in the Caucasus" published in the March 2, 1920 edition of the “The New York Times,” the author says: “Armenian armed groups consisting of Dashnaks, led by Stepan Shaumyan, committed horrific massacres in Baku between March 30 and April 3, 1918, killing about 15,000 peaceful Azerbaijanis.”

The article also provides an insight into the reports by several other Western journalists and historians, the massacres committed by Armenian gangs, as well as the activities of the Investigation Commission established in 1918 by the Government of the Azerbaijan Democratic Republic in order to investigate the crimes committed by Armenians.

The author emphasizes that under the Decree signed by the national leader of Azerbaijani people Heydar Aliyev on March 26, 1998, March 31 was declared the Day of Genocide of Azerbaijanis.