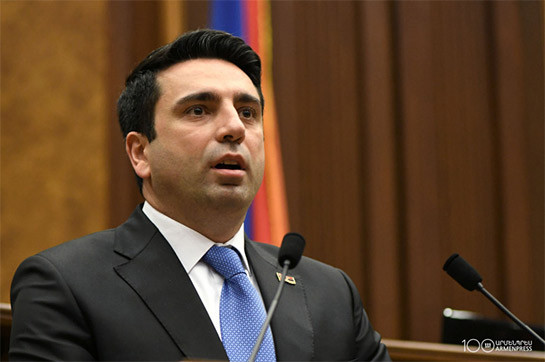 A member of parliament from Armenia's ruling party Civil Contract, Alen Simonyan, has been elected speaker of the newly-elected National Assembly, TASS reports.

The procedure in which the results of the secret voting were announced in the session hall was telecast on the parliament's channel on the portal YouTube.

"Thank you for your trust. The session will proceed tomorrow at 10:00," Simonyan said after taking the speaker's seat.

Simonyan received the votes of 71 legislators — precisely the number of mandates won by the Civil Contract party. The opposition blocks Armenia and I Have the Honor boycotted the voting in protest. Two legislators from the opposition, nominated for the speaker's seat, are under arrest.