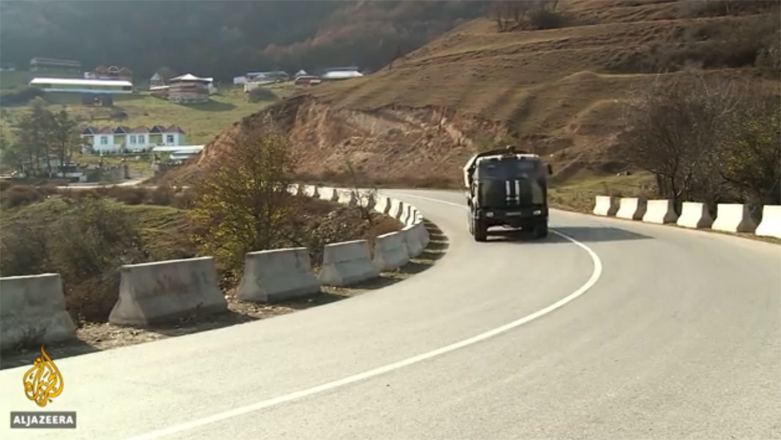 Al Jazeera English TV channel has prepared video footage on the details of the withdrawal of the Armenian Armed Forces from the occupied Kalbajar district of Azerbaijan, as well as the refugees who had to leave their homeland almost 30 years ago.

During the report, a correspondent of Al Jazeera English mentions the historical facts regarding the occupation of this district and also quotes the refugees from this district.

Stressing that Azerbaijan gave time to Armenia until November 25 for the civilian Armenians to be able to safely leave the district, the correspondent cited the commentary of Head of the International Military Cooperation Department of the Azerbaijani Defense Ministry Huseyn Mahmudov who emphasized that the tasks of the peacekeepers who arrived in the district are to make sure that the Armenians have left the occupied districts.

“After almost 30 years of expectation, refugees from Kalbajar district are eagerly awaiting when they can finally return to their homeland,” the correspondent said.