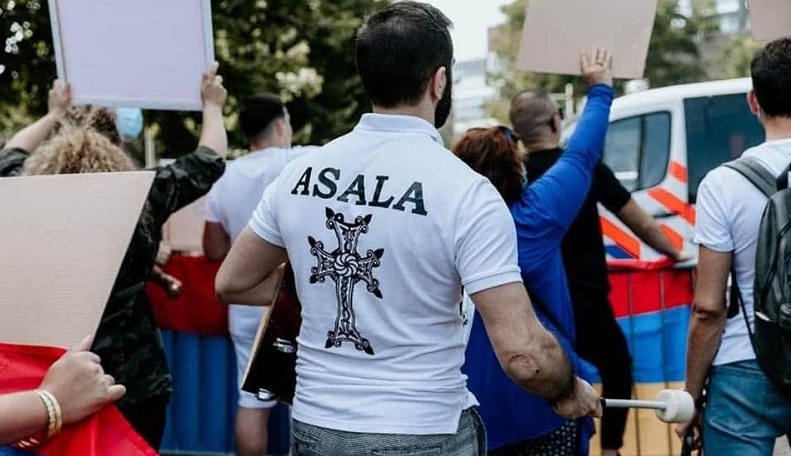 It's no surprise to me that Armenian extremists from all over the world use the symbols of the ASALA terrorist group in various events and organizations. With the events in LA Armenia has once again shown its true face. Armenia has not changed. What it has done in the past in Anatolia and Karabakh has then been repeated in Tovuz and Los Angeles.,

Chairman of the Marmara Group Foundation for Strategic and Social Studies Dr. Akkan Suver expressed the due opinion in a conversation with News.Az, while commenting on the attacks of Armenian extremists on Azerbaijani demonstrators.

"By burning the Azerbaijani flag and using ASALA symbols they showed us their hidden essence. Meanwhile, in 1973, in the same Los Angeles, members of the ASALA terrorist group killed two Turkish diplomats - Consul General and Consul Mehmet Baydar and Bahadir Demir. Since then, these terrorists have killed 31 of our diplomats and 77 citizens. So, we can say that it was in LA that a new Armenian terrorist movement was born.

He also noted that today Azerbaijan is not alone. Turkey will always be close to its brotherly people: "Inspired by ASALA, Armenia has shown its true face - the face of a terrorist, vandal who trampled on human rights and occupied foreign lands. Let everyone know, friends and enemies, Azerbaijan is not alone, the whole Turkish nation stands by Azerbaijan".