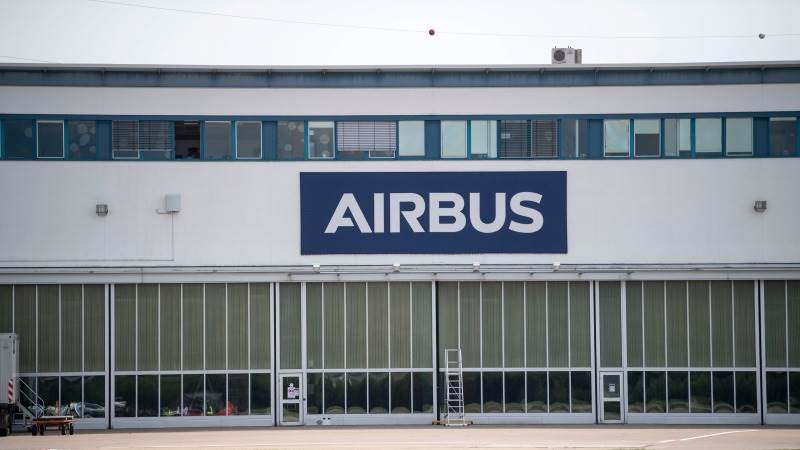 Airbus shares rose sharply on Friday after the planemaker confirmed a surge of deliveries in June, bringing the total number of aircraft handed over in the first half of the year to 297, Reuters reported.

Deliveries, which have been recovering from a pandemic-related slump, rose 52% in the first six months from 196 at the mid-point of 2020 and compare with a total of 389 in the first half of 2019 before the coronavirus crisis crippled air travel.

Data issued late on Thursday confirmed a strong pickup in June after Reuters reported this week that Airbus had delivered more than 70 planes that month to leave first-half deliveries in touching distance of the 300 mark.

Shares in the world's largest planemaker rose as much as 4.3% on the deliveries, which analysts said put Airbus on course to reach its 2021 goal of matching last year's 566 deliveries.

"In terms of overall deliveries, Airbus looks to be comfortably on track to at least match guidance of around the 566 aircraft (achieved) in 2020, and likely come in closer to 600," Agency Partners analyst Sash Tusa said in a note.

Stifel analyst Harry Breach noted that Airbus had delivered 52% of its annual target by the end of June, compared with an average of 46% at the halfway point since 2000.

Airbus said it had won 165 gross orders in the first half, dropping to a net 38 after cancellations. These included a recently announced order for 70 A321neos from United Airlines, part of a 270-plane order from the U.S. carrier with the rest going to rival Boeing.

Latest Airbus data raised questions over the fate of an order for five A350s from Ireland's Aer Lingus, however.

Detailed data showed that the $1.6 billion order was removed from the order column for that airline and appeared to have been placed in a column for airlines whose names are undisclosed.

Typically aircraft orders are handled in reverse, with the buyer's name sometimes withheld initially, if requested, to help airlines to keep their fleet plans confidential.

Two industry sources said the unusual decision to draw a veil over the order after it had been made public could create flexibility to reassign or reduce it at a later date, though Airbus data showed it had not been cancelled.

Airbus and Aer Lingus parent IAG, which had previously transferred some of the carrier's original order for 12 A350s to other parts of the group, declined comment.

Macquarie Airfinance, meanwhile, has been gradually reducing orders for the A220 jet and cancelled two more in June.