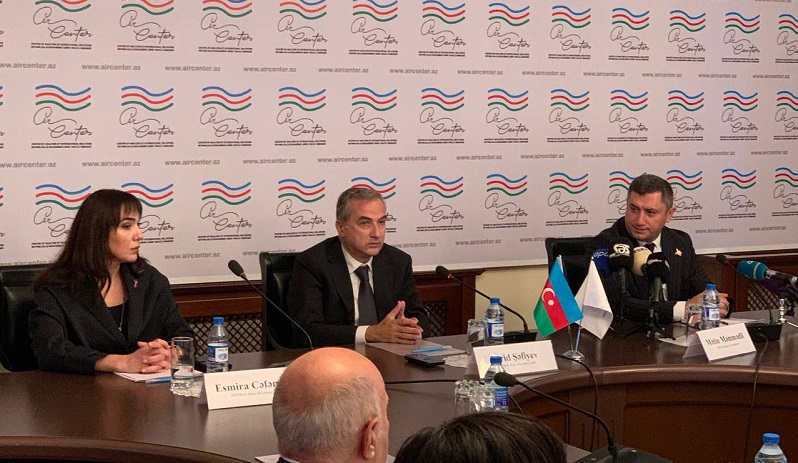 The Baku-based Center of Analysis of International Relations (AIR Center) held roundtable discussions on the occasion of September 27 – the Day of Remembrance in Azerbaijan, News.Az reports.

Speaking at the event, Farid Shafiyev, Chairman of the AIR Center, said a new reality emerged in the region following Azerbaijan’s victory in the Second Karabakh war.

He noted that the conflict has already been solved, and all current processes are taking place in the post-conflict period.

Shafiyev said Azerbaijan does not want to return to the conflict agenda.

The think tank head also spoke about the high-level meetings recently held between Azerbaijan and Armenia.

Matin Mammadli, a leading adviser at the AIR Center, said Azerbaijan is an initiator of the peace process with Armenia. “Azerbaijan has already submitted a proposal containing five basic principles for the normalization of relations with Armenia. However, Armenia has not yet given an adequate response to Azerbaijan’s proposal,” he noted.