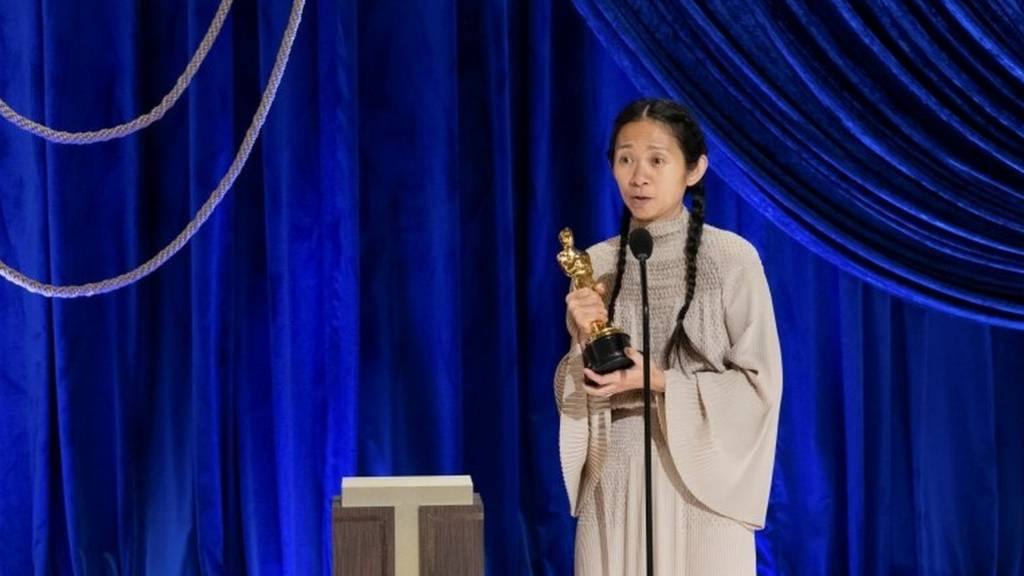 The 93rd Academy Awards, also known as the Oscars, were held at the Dolby Theater in Los Angeles.

Directed by Asian-American Chloe Zhao, the film is about a woman in her 60s losing her job and all her property in Nevada amid the 2008 financial crisis. She sets out alone across the American West in her van and joins a caravan of nomads and travels through the western states of the US.

Nomadland was one of eight films selected for best picture. The other contenders included The Father, Judas, and the Black Messiah, Mank, Minari, Promising Young Woman, Sound of Metal and the Trial of the Chicago 7.

Mank, the dramatic re-telling of how screenwriter Herman Mankiewicz developed the screenplay for Citizen Kane, led all films with 10 nominations.

Zhao became the second woman to receive the best director award in the 93-year history of the Oscars.