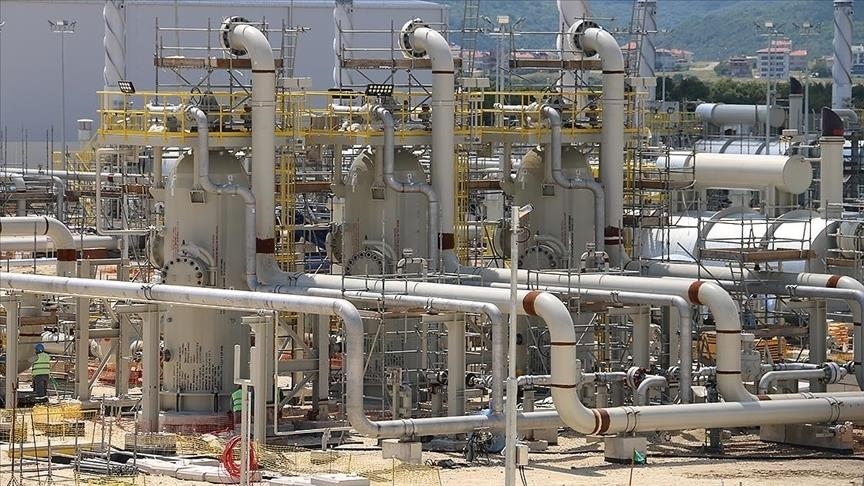 News.Az republishes the article by Rachel Avraham, the CEO of the Dona Gracia Center for Diplomacy and the editor of the Economic Peace Center.

In recent months, energy crises have plagued Europe. Blackouts were reported in recent days due to Russia’s occupation of Ukraine and the sanctions in place against Russia. According to various media reports, only one of six reactors at the Zaporizkhzhkia facility was connected to the electricity grid and Russia’s main pipeline carrying natural gas to Germany remained shut down. As a result of this situation, in July 2022, the EU’s natural gas prices were more than 10 times higher than the average between 2010 and 2020.

As President of the European Commission Ursula von der Leyen mentioned, “Already before Russia’s brutal invasion of Ukraine, the Russian pipelines were no longer reliable. The European Union therefore decided to diversify away from Russia and to turn to more trustworthy, reliable partners.” Europe wants to reduce energy dependence on Russia before 2030 by looking for alternative sources of energy.

Interestingly, Azerbaijan can be a major solution for this great energy crisis in Europe. In her speech, Leyen noted that Azerbaijan is a pivotal part of the EU’s goals in this regard and a true partner in the energy sector for Europe.

Azerbaijan is one of the largest energy producers in the South Caucasus, as well as in Europe. Since the 1990s, the country has been supplying energy to European markets. Currently, the country provides approximately 4.3 percent of the EU's oil imports. Currently, four out of the top five importers of Azerbaijani oil are EU member states, with Italy being the largest buyer followed by Croatia, Germany and Portugal.

Azerbaijan has great potential to become a starting point on the green energy corridor to European markets as well by exporting green electricity and, potentially, green hydrogen, given the country's rich potential of approximately 27,000 MW of onshore renewable capacity. Azerbaijan itself has recently stepped up its efforts to develop renewable energy.

Azerbaijan’s President Ilham Aliyev recently, announced: “Our active cooperation in the energy area already has a history of more than 15 years.” He claimed that Azerbaijan already changed the energy map of Europe by creating an oil pipeline that connects the Caspian Sea with the Black Sea and the Mediterranean. He noted that for two years the Southern Gas Corridor has been connecting Azerbaijan to European markets, and now Azerbaijan seeks to expand this to cooperation for wind and solar energy in East Zangazur and other areas in Karabakh, which has great potential for wind energy.

This is an addition to producing natural gas and other forms of renewable energy. He noted, “We are working on a new agreement between the EU and Azerbaijan and that will be an important contribution for bilateral cooperation.”

According to the European Commission, “The new Memorandum of Understanding on a Strategic Partnership in the Field of Energy signed by the two Presidents includes a commitment to double the capacity of the Southern Gas Corridor to deliver at least 20 billion cubic meters to the EU annually by 2027. This will contribute to the diversification objectives in the REPowerEU Plan and help Europe to end its dependency on Russian gas. Based on the strengthened energy cooperation, Azerbaijan is already now increasing deliveries of natural gas to the EU, from 8.1 billion cubic meters in 2021 to an expected 12 bcm in 2022.”

Countries around the world should support this Memorandum of Understanding because a) it provides a real and tangible solution to Europe’s energy crisis and b) Azerbaijan is a country worthy of being invested in.

Azerbaijan is a secular, modern country which promotes religious pluralism and multi-culturalism as a national policy. It may be the only country in the world where Passover, Easter and Novruz are celebrated in unison and where the entire country celebrates Rosh Hashanah together with the Jewish community, greeting them and congratulating them on their holiday. Azerbaijan is also very progressive on women’s rights issues, with Azerbaijan granting women the right to vote a good year before the United States did.

In neighboring Iran, it is illegal to be Bahai. But in Azerbaijan, the Bahai community is flourishing and granted equality under the law, even though members of this faith face repression throughout the Islamic world because Muslims believe that there should be no prophets after the Prophet Muhammed and the Bahais believe in prophets after Muhammed. But in Azerbaijan, this is a non-issue, as freedom of belief and freedom of religion is ensured in not only Azerbaijani law but also the local culture.

This also affects how Muslims treat each other. In fact, Azerbaijan may be one of the few countries in the Islamic world where sectarianism is not rampant. Sunnis pray in the same mosques beside Shias and give respect to each other as human beings.

All of these characteristics make Azerbaijan a country that is worthwhile for Europe to invest in as Baku shares Europe’s values promoting women’s rights, human rights, secularism and the rule of law. Europe would do well to diversify its energy sources by increasing its purchases from Baku.