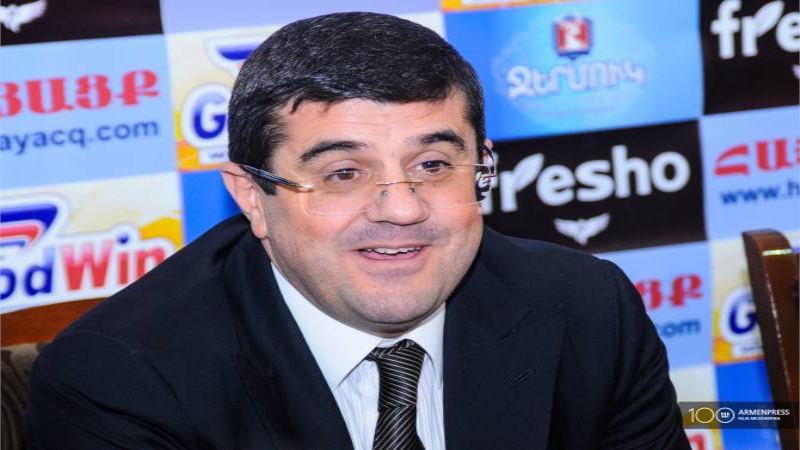 The head of the so-called regime, which was created in the occupied Azerbaijani territories and is unrecognized by the whole world, has begun to make so-called decisions as soon as he “took office.” Arayik Harutyunyan, a loyal servant of Armenian Prime Minister Nikol Pashinyan, ordered his staff to hang the pictures of Armenian soldiers, who died during the occupation of Azerbaijani lands, in their offices. Such a decision by Harutyunyan, who is trying to curry favor with Pashinyan and Karabakh Armenians, is foolish and ridiculous.

This decision also exposes the true nature of Armenian aggression. Harutyunyan and his accomplices will hang in their offices the pictures of Armenian soldiers, who are terrorists responsible for the killing of innocent Azerbaijanis. They are killers of babies and women during the Khojaly genocide.  The regime that calls child killers a “hero” is also the followers of these terrorists.  With this decision, Harutyunyan made fun of himself and once again exposed the true face of the occupant Armenia.