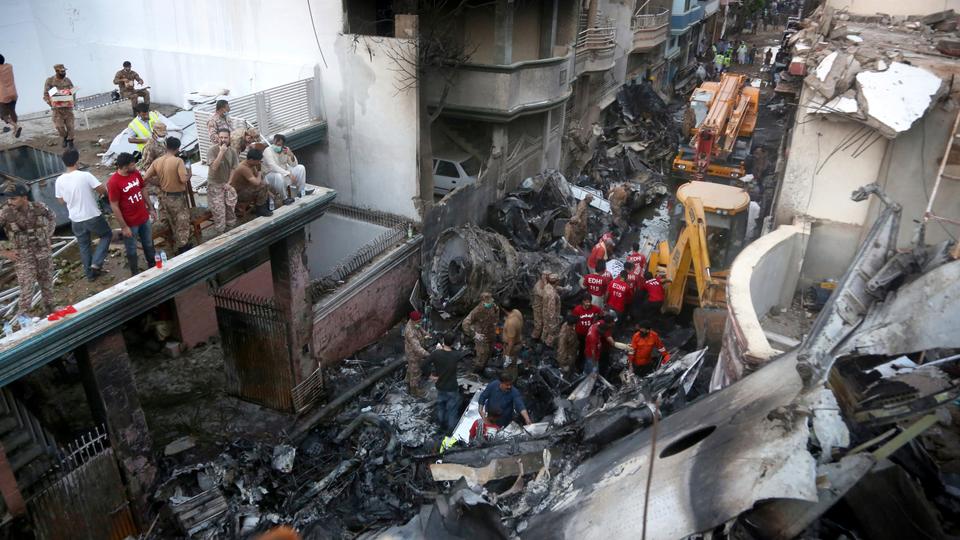 All but two of the 99 people on board a Pakistan passenger plane were killed when it crashed into a residential neighbourhood of Karachi, officials said Saturday, as rescue workers toiled through the charred and twisted wreckage strewn across the street, AFP reports.

The Pakistan International Airlines (PIA) plane had made multiple approaches to land at Karachi airport on Friday when it came down among houses, sparking a rescue operation that lasted into the night.

The bodies of all the passengers and crew had been recovered, the Sindh Health Ministry said, adding that 19 had been identified.

The disaster comes as Pakistanis prepare to celebrate the end of the Muslim fasting month of Ramadan and the beginning of Eid al-Fitr, with many travelling to their homes in cities and villages.

Airbus said that the plane had first entered service in 2004 and was acquired by PIA a decade later and had logged around 47,100 flight hours.

Pakistan Prime Minister Imran Khan said he was "shocked and saddened" by the crash, tweeting that he was in touch with the state airline's chief executive.

"Prayers & condolences go to families of the deceased," he wrote on Twitter.