88 of 98 forest fires under control in Turkey: Minister 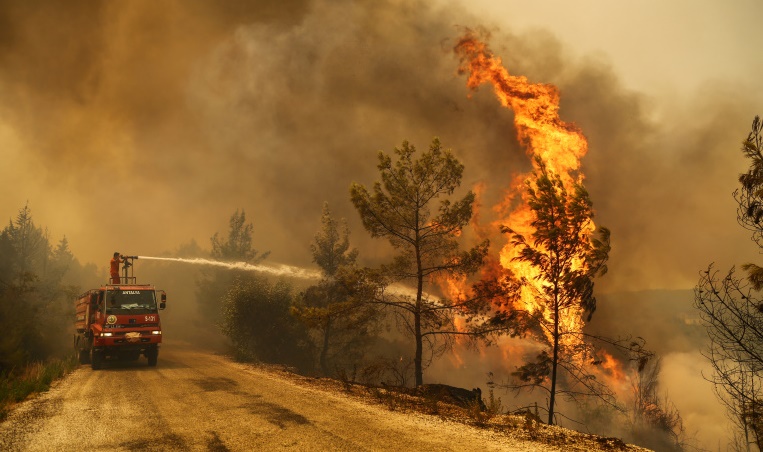 Turkey's agriculture and forestry minister on Saturday said his country contained most of the forest fires since Wednesday, Anadolu Agency reports.

Bekir Pakdemirli said in a tweet that the efforts were underway to take the remaining 10 forest fires under control.

According to the figures he shared, forest fires are ongoing in Antalya, Mersin, Adana, Mugla, and Osmaniye provinces of Turkey.

Six people have lost their lives so far due to fires that also caused material and environmental damage in southern regions.