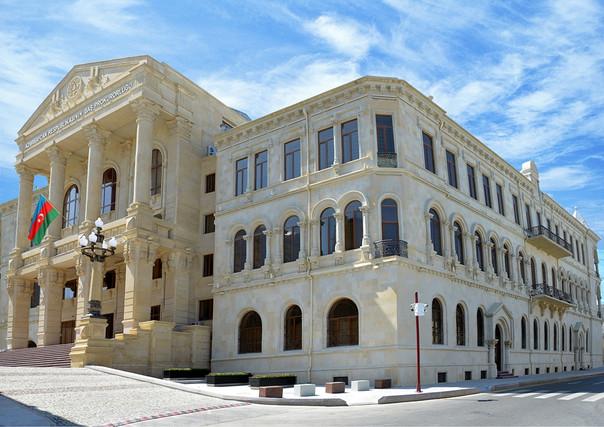 Blatantly violating the requirements of the humanitarian ceasefire declared on October 10th, 2020 at 12:00, including norms and principles of the Geneva Conventions (1949), the Armenian armed forces continue terrorist acts against Azerbaijani civilian population, the Prosecutor General’s Office of Azerbaijan said on Wednesday.

From the early morning on October 14th Tartar district came under intense rocket and heavy artillery fire from various directions.

On October 14th at about 10 am, a shell falling on the yard of a rural secondary school in the territory of Tartar district resulted in hospitalization with miscellaneous wounds of Zeynalov Ramiz Surkhay, representative of Tartar District Executive Authority for Duyarli village, born in 1971, Ahmadov Kamran Valiyaddin, representative of Asgarli village, born in 1966. Villagers: Aliyev Matlab Jamshid, born in 1976, Ahmadov Khayyam Mahammad, born in 1987, Ibrahimov Ilgar Ibrahim, born in 1965, Aghazade Firdovsi Alim, born in 1996 and Suleymanov Agha Suleyman, born in 1960, were also hospitalized with varying degrees of injuries.

In addition, Gambarov Namig Malik (born in 1983), an employee of the Azerbaijan State Television and Radio Broadcasting CJSC (AZTV) dispatched to the frontline zone was hospitalized with various injuries as a result of the shooting of a TV service vehicle while bringing the provocations committed by Armenia against the civilian population to the attention of the world community. The car was severely damaged, the Prosecutor General’s Office said.

All necessary investigative measures are currently conducted by the prosecution authorities, it added.