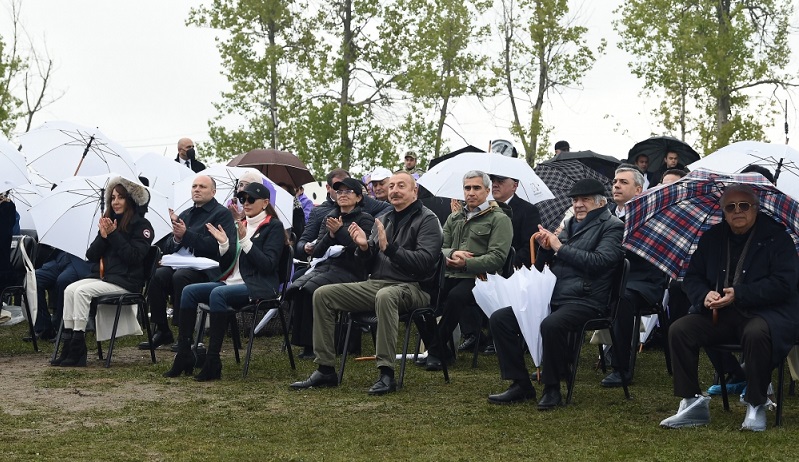 The 5th “Kharibulbul” International Folklore Festival has today opened in Shusha, the cultural capital of Azerbaijan.

President of the Republic of Azerbaijan Ilham Aliyev and First Lady Mehriban Aliyeva attended the opening of the festival.

The 5th “Kharibulbul” International Folklore Festival, held in the “Year of Shusha” on the occasion of the 270th anniversary of the city of Shusha, has been organized by the Heydar Aliyev Foundation, the Ministry of Culture and the Shusha City State Reserve. The 5th festival, which will end on 14 May, is being attended by musicians and dance groups from different countries, as well as folk groups from different regions of Azerbaijan.

The first “Kharibulbul” festival was held in Shusha in 1989 in connection with the 100th birthday anniversary of the famous singer, pedagogue and People's Artist Seyid Shushinsky (1889-1965). The event was organized in May of that year in Shusha during the flowering of kharibulbul (Ophrys caucasica). Along with local performers, the first festival was attended by music groups from the former Soviet republics of Kyrgyzstan, Kazakhstan, Russia (Bashkortostan), Lithuania and Belarus.

In 1990, the “Kharibulbul” festival gained international status. The invitation of folk groups from the Netherlands, Germany, Israel and Turkey to the second festival also aroused great interest. Due to the difficult situation in Shusha in the aftermath of the start of the Karabakh conflict, the concerts were organized in Aghdam. A number of concerts of the festival were also held in Barda and Aghjabadi. In total, the second festival was attended by about 170 delegates from different countries.

About 300 delegates from 25 countries took part in the third “Kharibulbul” festival held in 1991. Artists from the United States and Australia also attended the festival. Due to the large number of spectators, the main concerts of the festival were held in stadiums. The final concerts of the second and third festivals were held at the Heydar Aliyev Palace in Baku.

The fourth festival was to start in Baku on 15 May 1992, and was supposed to be the most spectacular event ever held. Five hundred people from more than 30 countries were expected to attend. However, due to the occupation of Shusha by Armenian troops on 8 May of the same year, it was not possible to organize the “Kharibulbul” festival. The festival was held only briefly at Imarat complex in Aghdam.

After the glorious victory of the brave Azerbaijani Army in the Patriotic War under the leadership of the President of the Republic of Azerbaijan and Victorious Commander-in-Chief Ilham Aliyev, the traditional “Kharibulbul” festival was organized in Shusha again. President of Azerbaijan Ilham Aliyev, First Lady Mehriban Aliyeva and family members also attended the opening of the festival organized by the Heydar Aliyev Foundation on the Jidir Duzu in Shusha on 12-13 May 2021.

The festival featured national dances, mugham and performances by folklore groups from different regions of the country and national minorities, videos of Azerbaijani singers filmed in Shusha in different years, as well as classical music. 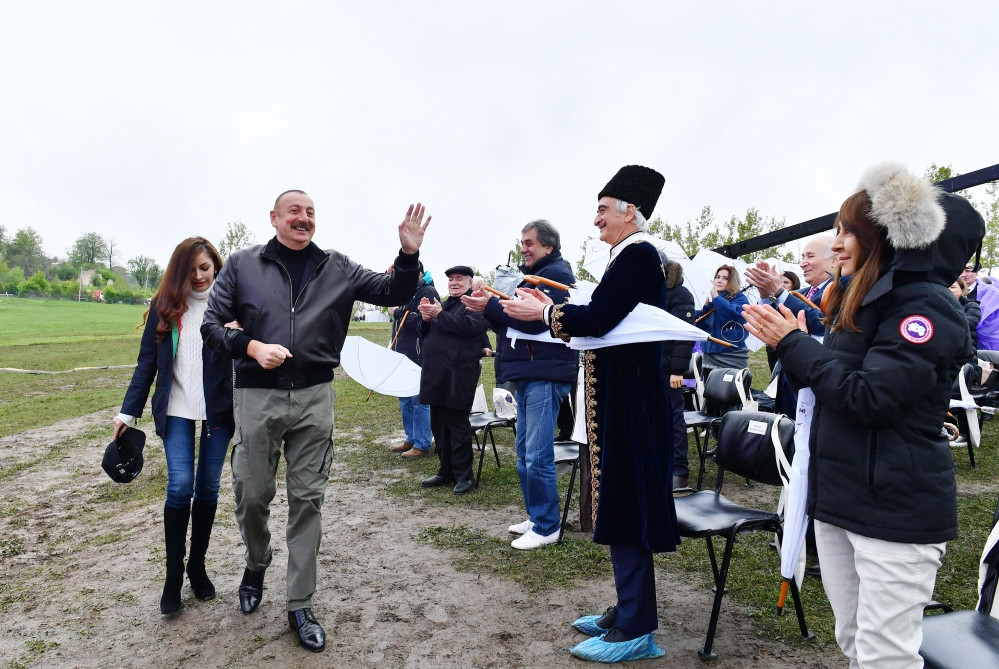 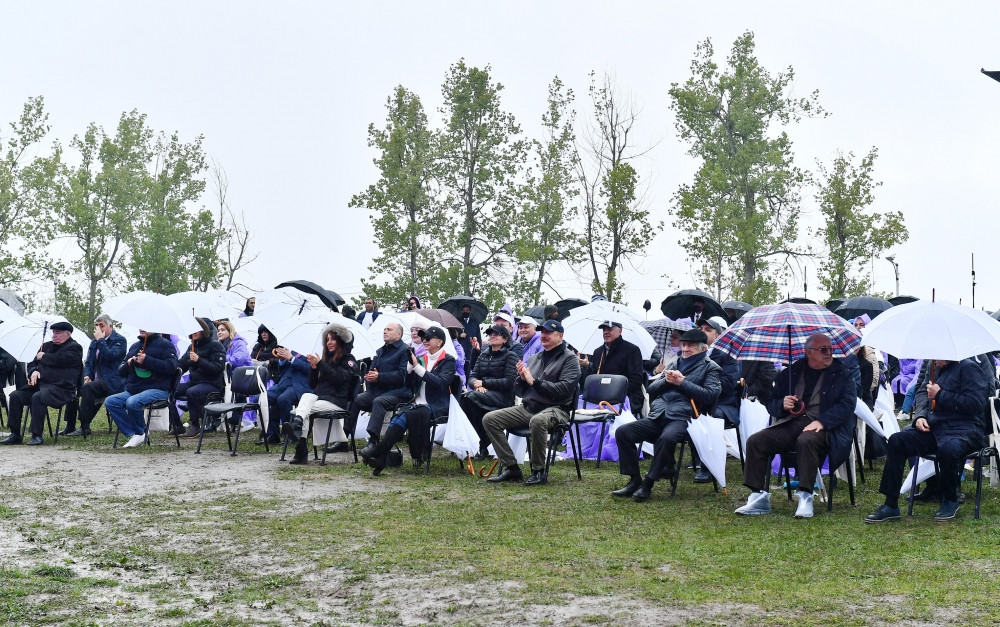 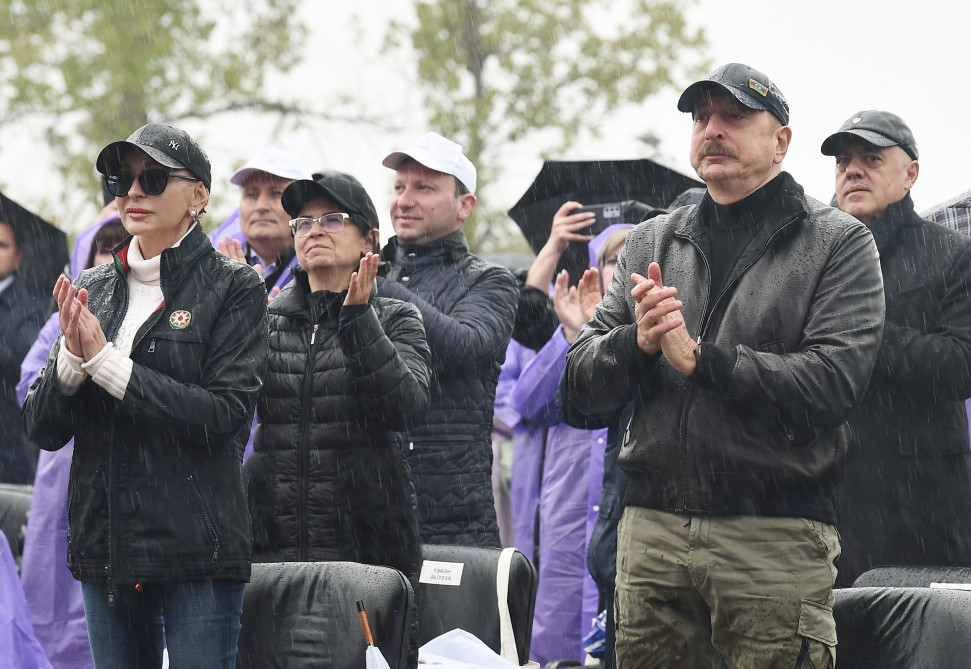 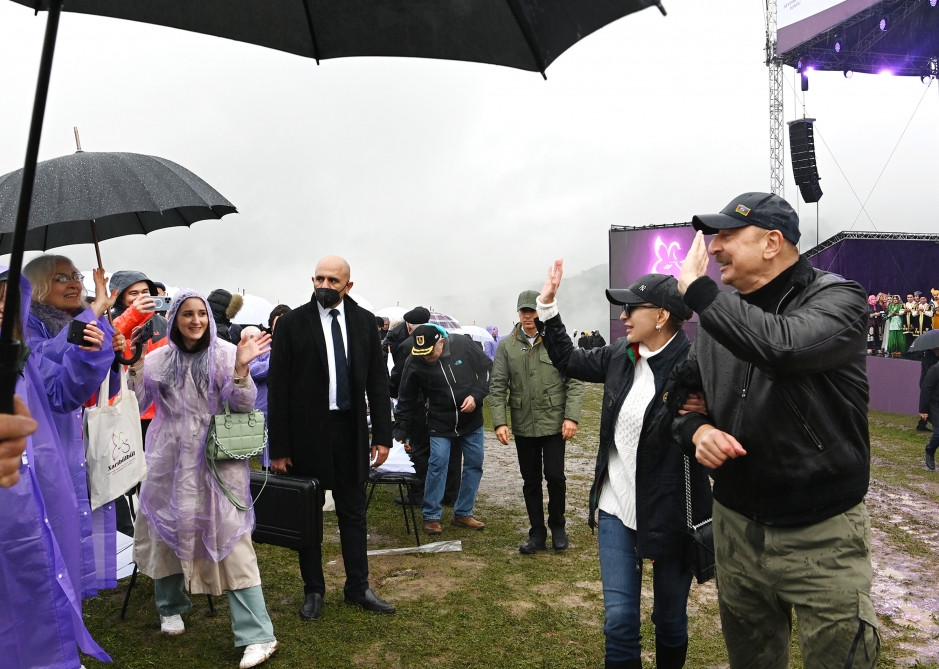 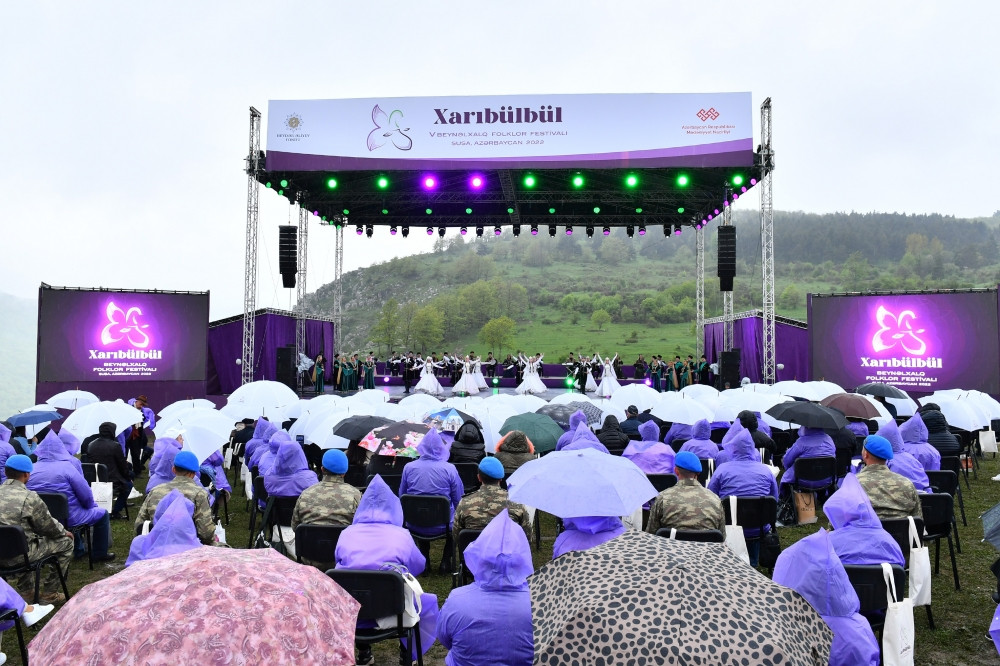 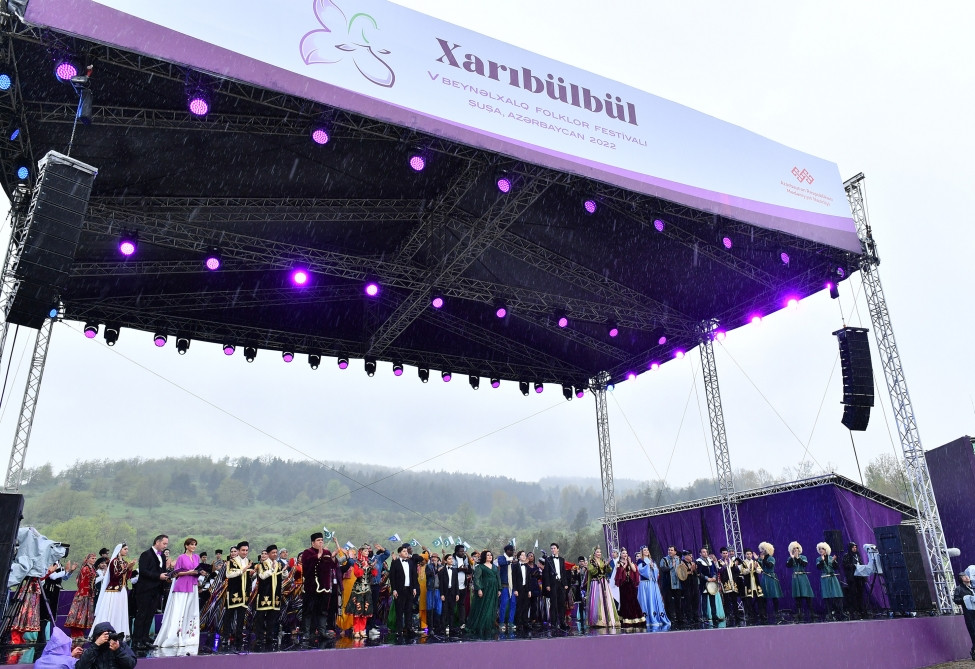 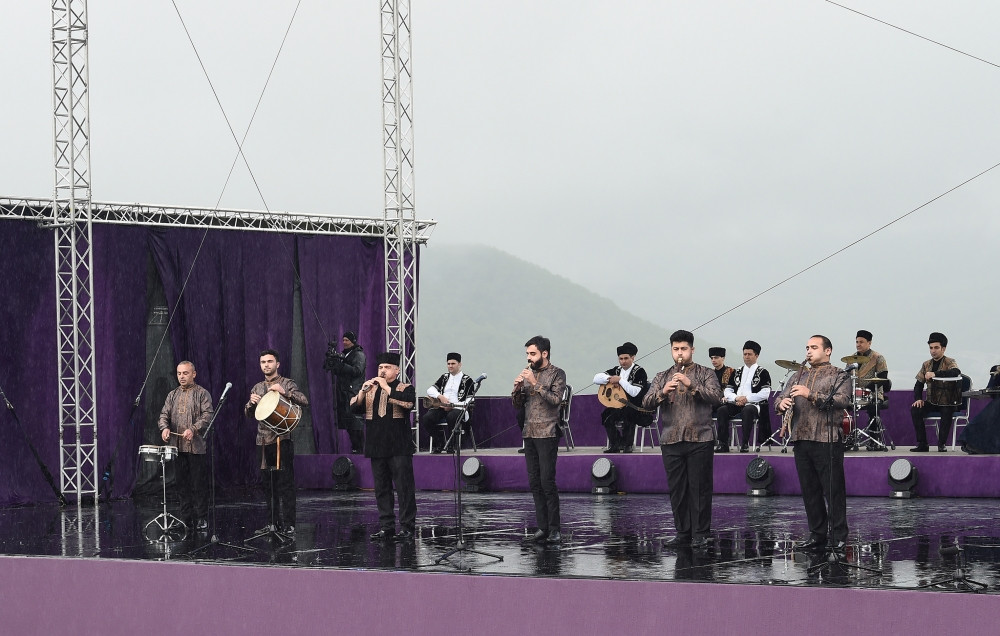 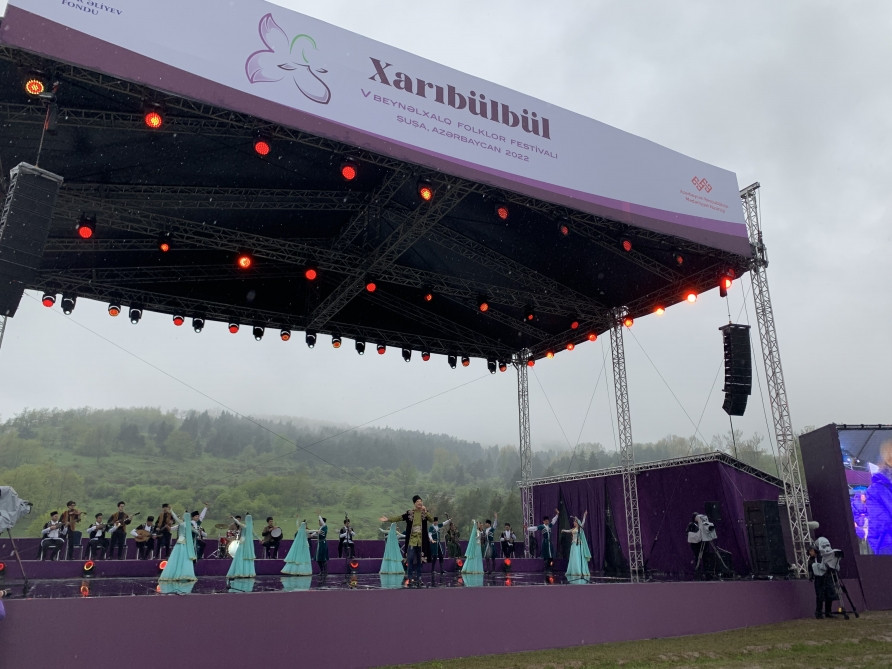