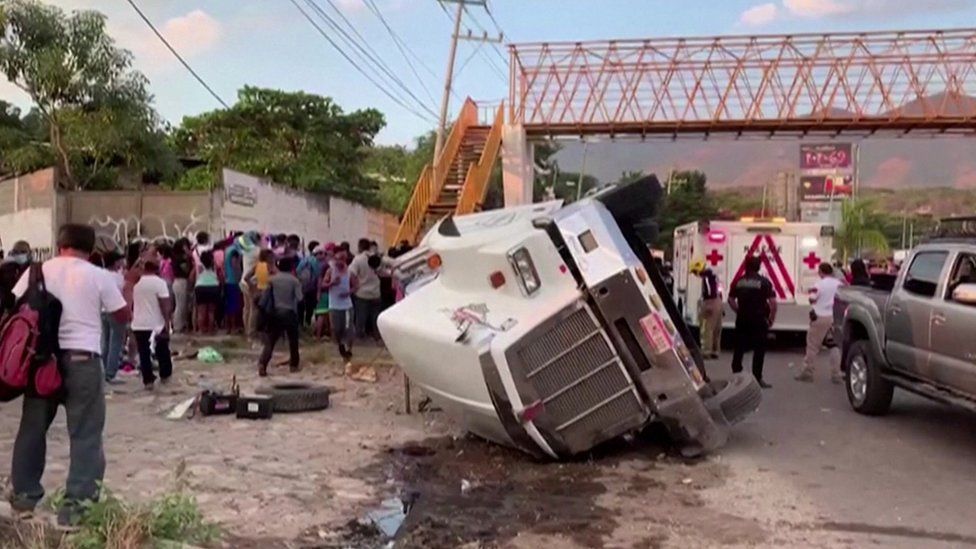 Another 58 people were injured, with three in serious conditions, said Luis Manuel Garcia, head of the agency.

According to Garcia, a mechanical failure caused the truck to hit a retaining wall on a curve before crashing into a pedestrian bridge, leading the cargo container to detach and overturn.