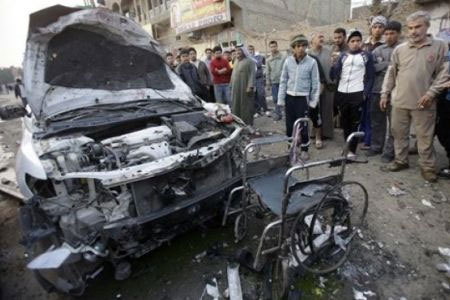 At least four police officers were killed and 16 people wounded after a bomb explosion took place outside a provincial police station in Afghanistan's western Farah province on Wednesday, a local official confirmed.

Those among the wounded were child and a police officer, he added.

Security forces have cordoned off the area for precautionary measures.

The blast sent a column of thick smoke into the sky and triggered panic, Muhibullah Muhib from provincial police told Xinhua, adding the explosion damaged several vehicles and buildings.

Unofficial sources said the blast was caused by a suicide bomber who detonated a tricycle, targeting a passing convey of provincial intelligence official roughly at 6:40 p.m. local time.

No group has claimed responsibility for the attack yet.