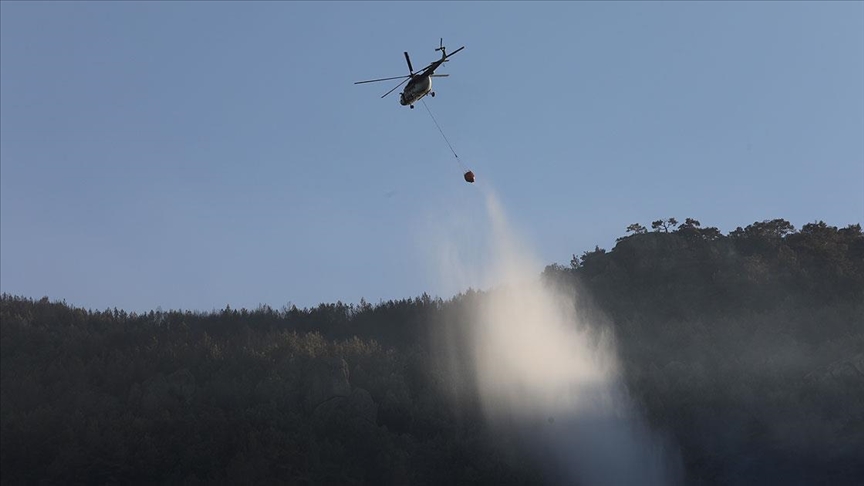 Turkey has brought 285 forest fires under control while three continue to burn in the Aegean province of Mugla, the resort city of Antalya and southwestern Burdur province, the country's agriculture and forestry minister said Wednesday, Anadolu Agency reported.

Bekir Pakdemirli said on Twitter that Turkey has been combatting massive blazes for 15 days.

Pakdemirli said a total of 288 fires erupted in 53 provinces across the country due to hot, windy and dry weather conditions.

He said in a separate Twitter post that blazes in Koycegiz district of Mugla province had been contained after burning for 14 days and cooling efforts were underway.

Speaking at a news conference in Bucak district of Burdur later Wednesday, Pakdemirli said security forces detained six people in connection with the fires in the district and an investigation launched by the local law enforcement agency and prosecutor's office into the blazes continues.

“A total of 21 houses were damaged and seven neighborhoods were evacuated due to the blazes in Bucak district. More than 200 people were evacuated from the region,” Pakdemirli said.

Another forest fire that broke out in Antalya’s Manavgat district Tuesday afternoon was also brought under control, he added.