27 killed as bus collides with trailer in NE Pakistan 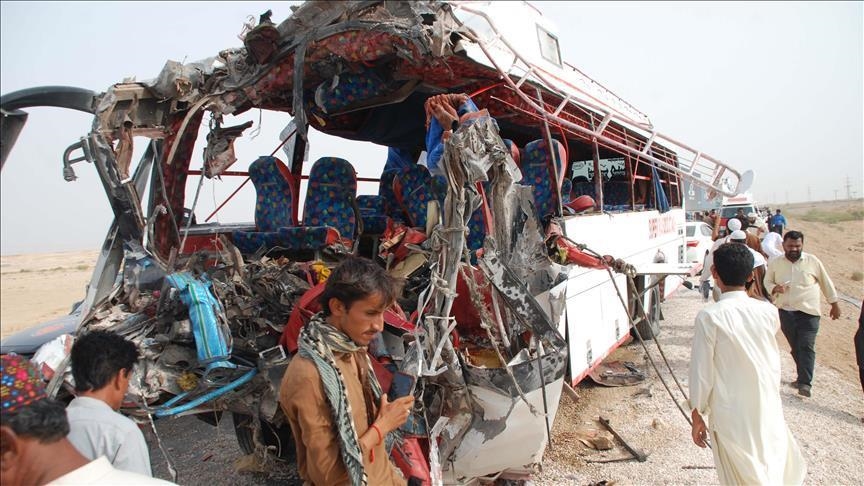 At least 27 people were killed and over 40 wounded as a passenger bus collided with a trailer in northeastern Pakistan on Monday morning, a rescue official said, Anadolu Agency reported.

The passenger bus was on its way from Sialkot to Dera Ghazi Khan when it collided with trailer near Taunsa By-Pass, the official told Anadolu Agency over phone.

All the injured have been rushed to a nearby hospital, he added.

Pakistan has had a long history of railway and bus accidents, mainly because of poor infrastructure and a lack of safety standards.