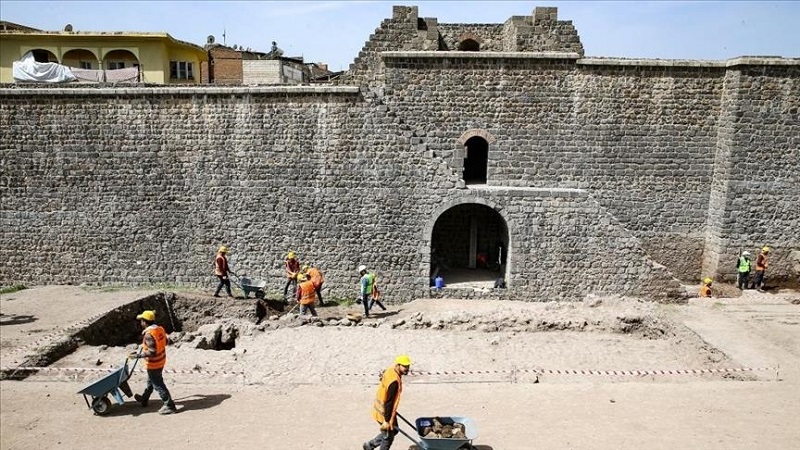 A 2,000-year-old street from the Roman period has been discovered in southeastern Turkey, Anadolu Agency reports.

Currently, excavation to unearth it is being carried out in Amida Hoyuk, known as the heart of Diyarbakir province.

Professor Irfan Yildiz from Dicle University is heading the excavation amid strict measures against the coronavirus.

"Very interesting data continues to come from the west side of the mound we excavated. The street texture and structure of the period has started to emerge," he said.

Over a year, Yildiz noted that they expect to unearth many historical artifacts in the excavation.

Yildiz said by 2022 tourists using the Roman street will be able to visit the historical region of Ickale and be able to see streets from the Roman, Ottoman, Republican periods.