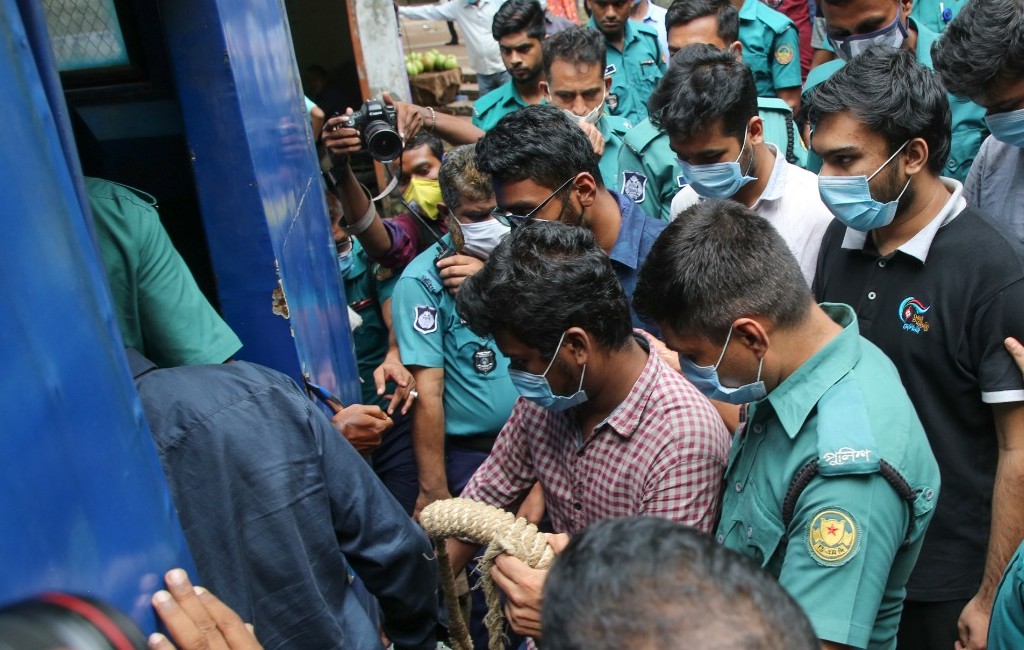 A court in the Bangladeshi capital Dhaka on Wednesday handed down a death sentence to 20 people accused in a sensational student murder case.

Judge Abu Zafar Md Kamruzzaman of the Speedy Trial Tribunal-1 ordered the death penalty for 20 and jailed five others to life imprisonment in the murder case of the BUET (Bangladesh University of Engineering and Technology) student Abrar Fahad in 2019.

The court found all the accused guilty of the murder.

Of the convicts, three have been absconding since the incident, while the rest are now behind bars.

Fahad, a second-year BUET student, died in the early hours of Oct. 7, 2019, after he was brutally beaten allegedly by some leaders and activists of the Bangladesh Chhatra League (BCL), the ruling Bangladesh Awami League party-backed student organization, at a hall of the university.

The victim was beaten to death reportedly over a social media post.

The brutal death of the student sparked protests of students across Bangladesh.

The court in the verdict mentioned that the highest punishment to the accused is aimed at preventing the repetition of an incident of a similar fashion in the future.