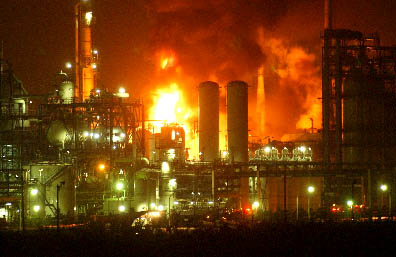 At least 20 people were injured after an explosion at the Pertamina oil refinery in Indonesian city of Balongan, according to media reports.

Earlier, Reuters reported 5 injured, citing the Pertamina official statement. According to the company, 950 people were evacuated. The refinery administration seeks to contain the fire. The cause of fire is currently unknown, the company said.

Local media speculated that the fire could have been caused by a lightning strike. The plant capacity was reportedly at about 125,000 barrels per day.