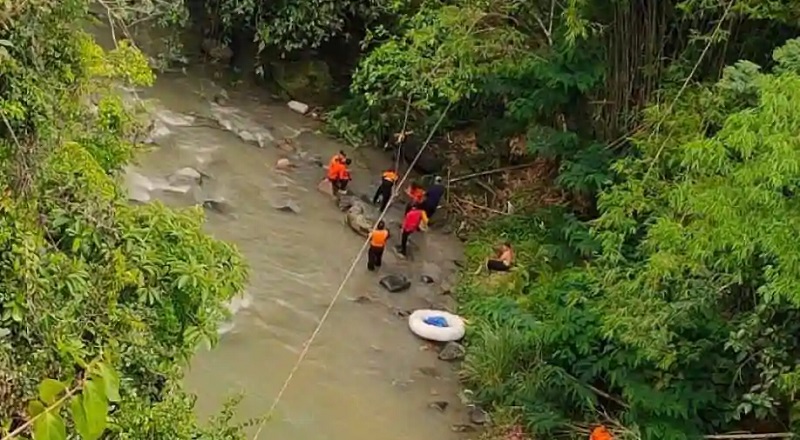 Two people were killed and 14 others were injured after a bus carrying local government employees fell into a ravine in Lumban Pasir village, Mandailing Natal district in Indonesia's North Sumatra province, an official said on Monday.

Jakfar Lubis, a Mandailing Natal Kotanopan sub-district police officer, said the passengers are employees of the Agam district administration in West Sumatra province, who were on their way home after a working visit to Aceh Province.

"Suddenly, at the Muara Mais Bridge, a truck came from the opposite direction, and the bus swerved to the left of the road to avoid the truck, then hit the bridge barrier and fell into the river as deep as 15 meters," Lubis explained.

One of the dead was the driver, and the injured were taken to the Kotanopan community health center and the Panyabungan regional public hospital.

Currently, rescuers are trying to retrieve the bus from the river.