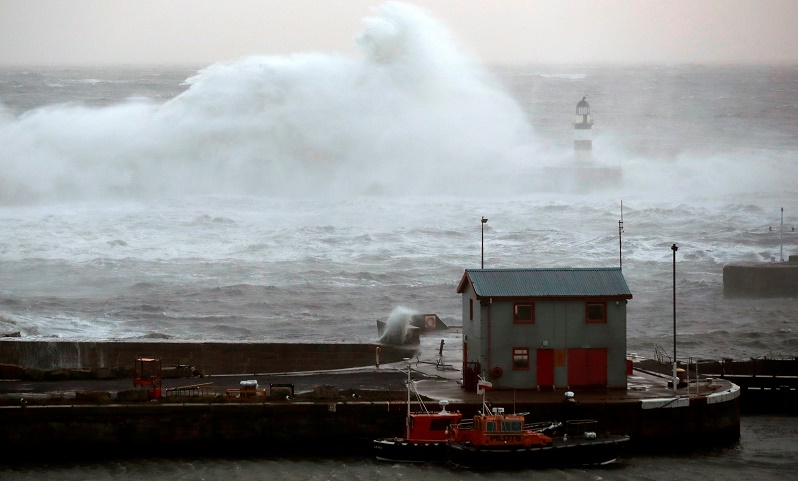 Police said one man was killed in Northern Ireland when a falling tree smashed into his car late Friday. On Saturday, police in Cumbria said a man had been killed by a falling tree.

With wind gusts of nearly 100 miles (160 kilometers) per hour, the UK meteorological service known as the Met Office triggered a rare "red warning" and cautioned people against travel and going near the coastline.

"People should stay away from the coast as waves and debris are a danger to life," the Met Office said.

Snowfall from Friday afternoon also brought additional disruptions. Traffic police and social media posts indicated snow and fallen debris had resulted in road closures, causing many motorists to have to stay in their cars overnight.

Police said 120 trucks were "stuck in the snow" between the cities of Leeds and Manchester.