19 killed after fire, brawl at nightclub in Indonesia 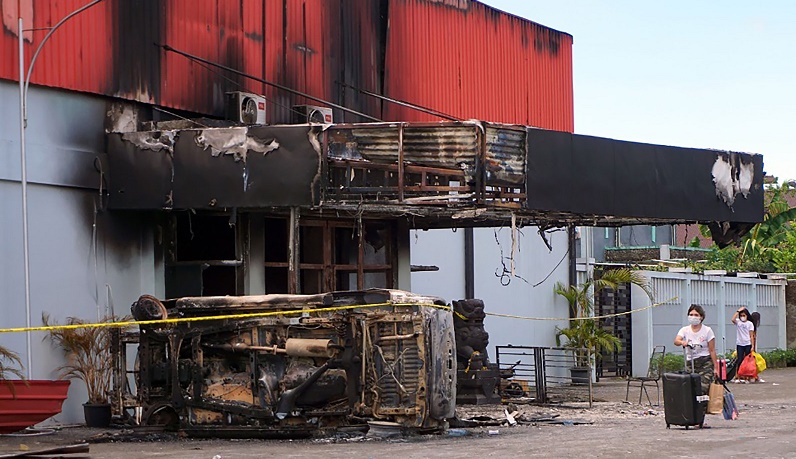 Members of the two groups attacked each other with machetes, arrows and Molotov cocktails, police spokesperson Ahmad Ramadhan said at a news conference.

One of the dead was a member of the groups that clashed. Eighteen bodies were found after the fire Monday night at the club in Sorong city. One victim was stabbed and 18 more died in the blaze at the Double O nightclub, officials said.

The clash at the nightclub followed an altercation that took place on Saturday night between the same groups because of a misunderstanding, Sorong police chief Ary Nyoto Setiawan said, according to The Associated Press (AP).

The nightclub, a large red and white building, was left gutted by the blaze and a burnt-out vehicle was seen lying on its side by the blackened entrance.

Sorong, gateway to the coral-rich Raja Ampat islands, is the largest city in West Papua province and home to a major port. It is relatively quiet compared to other regions of West Papua, which have seen clashes due to the ongoing insurgency between separatists and Indonesian security forces.

Rebels have recently escalated their fight, targeting road contractors, as well as schools and clinics they say have links to the military. Authorities have responded by reinforcing deployments of troops and police.

The province shares a border with independent Papua New Guinea on the island of New Guinea, just north of Australia.