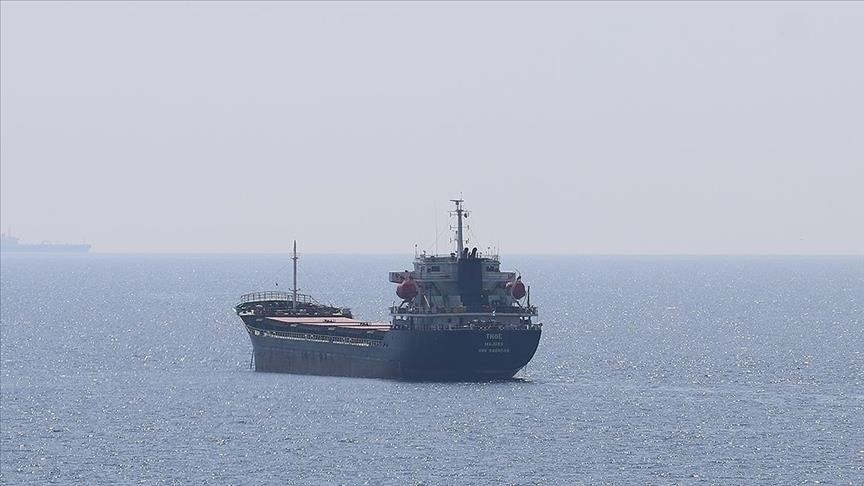 In a statement it released, the ministry did not disclose either its point of departure or destination.

The grain shipment from the Ukrainian ports continues under the control of the Joint Coordination Center in Istanbul, the ministry said.

Türkiye, the UN, Russia, and Ukraine signed an agreement in Istanbul on July 22 to resume grain exports from three Ukrainian Black Sea ports, which paused after the Russia-Ukraine war that began in February.

A Joint Coordination Center with officials from the three countries and the UN has been set up in Istanbul to oversee the shipments.

Since the first vessel sailed under the deal on Aug. 1, more than 80 ships have carried over 1.6 million tons of agricultural products from Ukraine.